When a service member deploys, their life can feel like it is on hold in the United States and returning to a life where people have moved forward for the months that they have been deployed is a difficult transition. Most military branches allow for two weeks of leave upon returning home from deployment to allow for adjusting, but this is often not enough time to really adjust back to the drastic differences in time zones, threats, lifestyles, culture and people that they interact with.

Upon returning home, a service member may still be in a heightened state of alert to potential threats and engage in some of the same behaviors that they did when deployed. This can look like aggressive behaviors, being startled easily, not trusting others, use of different and more colorful languages, driving in the middle of the road, feeling uncomfortable when around groups of people, nightmares, panic attacks and even flashbacks. Although service members are no longer in the same country as where these threats occurred when deployed, their minds and reactions have not had the opportunity to adjust to a less threatening environment back stateside. Many times service members do not feel as if they can talk about their experiences when deployed with loved ones because they do not want others to feel burdened, have to have the same thoughts and images that they have in their minds and don’t want others to worry about them. When deployed, in order to survive you have to compartmentalize and emotionally detach and it is a process allowing self to reconnect upon returning home. This can lead to avoidance behaviors and maladaptive coping.

How To Help When a Loved One Returns from Deployment

Gaining an understanding of the difficulties and challenges that service members have faced when deployed is a start. Your life has moved forward while they were gone and they are coming back in a changed manner to an environment that is no longer the same. Give each other some grace and get to know each other again. Allow for them to talk about their experiences if they chose to and let them know that you are there for support. Let them know that although you do not know what it is like having been deployed, you can relate to feelings and want to be there for them. Don’t be afraid to talk about ways to cope with anxiety and encourage them to talk with someone who can help if they need it. Encourage them to exercise and engage in healthy coping behaviors. Work to accept that changes have happened in this relationship but that these changes can help you all to grow in new ways and to be stronger than before. Written by: Angela Powell, MA, LPC 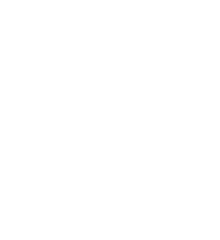